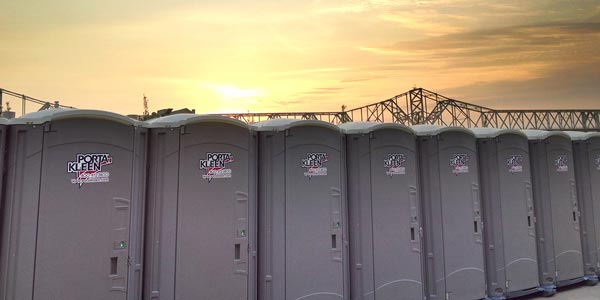 When an international chemical and polymer giant discovered wastewater coming out of a man door that led down to the main pumps for the entire wastewater system at one of its Ohio plants, Porta Kleen hurried to the scene to keep the crisis from escalating.

Porta Kleen’s emergency-response team arrived on-site within the hour, but found a unique and challenging problem: A severe leak coming from a broken pipe had flooded a 15-foot-wide, 20-foot-long and nine-feet-high building the plant referred to as a “doghouse” with unsanitary wastewater, creating safety issues in a confined space with no power or lighting.

Porta Kleen was uniquely qualified to respond to this problem.

The Porta Kleen team developed a comprehensive plan to overcome the situation. First, technicians pumped out the wastewater, 24 hours a day for an entire week, utilizing three vacuum trucks. During the pumping process Porta Kleen powerwashed all surfaces including the walls, doors and ceilings. A Porta Kleen operator was then able to climb down into a confined space and shut off the valves ahead of the leak. Once all waste was removed PK continued to powerwash, and then applied disinfectant, allowing it to soak into the surfaces. Finally, Porta Kleen removed the disinfectant via powerwashing, which allowed the plant’s maintenance team to enter the now-sanitary area and replace the pipe. Porta Kleen also handled all hauling and disposal of the wastewater.

During the entire process, the plant continued to use its facilities, so Porta Kleen performed most of the work during non-peak working hours when the facility’s use was minimal.

The plant maintained normal operations throughout the process, saving countless amounts of man-hours and revenue that would have been lost due to a shut down.

Porta Kleen reported zero safety issues during the process and followed the proper safety precautions, consistent with the site’s policies.

Plant managers were thrilled with the results and commended the Porta Kleen operations team on the job performed.